When I got to the meeting, my dad was presenting a proposal from the jelly bean factory where he worked. He had perfected a new technology for molding jelly beans into eggs and rabbits. “Nobody will miss the chocolate, when they see the a large jelly bean bunny in their Easter basket,” he said.

“That’s a terrible idea,” said my uncle Woody. “Nobody likes jelly beans as much as chocolate.”

Everyone started to argue. Jelly beans vs. chocolate. The Boos from the jelly factory were pretty sure that jelly beans could do the job. The chocolate carvers were all about chocolate.

Finally, the Easter Bunny stamped his foot and everyone quieted down.

“We need a team working on chocolate alternatives – so jelly bean bunnies is a good thing to do. Keep working on that,” he said. My dad was happy.

“We also need a team working to find the chocolate – where are we with that?” he said, scanning the crowd.

The Easter Bunny Investigative squad stepped up with a report: “No clues yet, sir. We’re working on it.”

It took all the strength I could muster but I raised my ear and started hopping, nervously. “I have something to say,” I said quietly.

“What was that?” said the Easter Bunny.

“I have something to say,” I said a little louder.

“Oh the bunny who lost all the chocolate has some information for us, does he?” said Hopson’s dad.

“Yes, I’ve been doing my own investigation,” I said. “I went to the warehouse and I found this: black stones in the corner.”

Everyone looked at my evidence bag with confused faces.

“And I heard something.”

I then told the crowd about how I heard a voice – a Moai – telling me the chocolate had been eaten by the big statues on our island.

And with that everyone started laughing at me.

“You expect us to believe that ancient stone statues have eaten the Easter chocolate?” said Hopson’s dad. “That’s the funniest thing I’ve ever heard.”

And then it hit me. The chocolate couldn’t have gotten far. It’s got to be somewhere on Easter Island. All I needed to do was hop the entire island and I’d surely find it before sunrise!

Stay tuned for the next chapter. 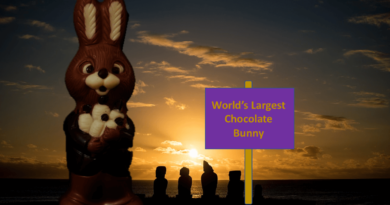 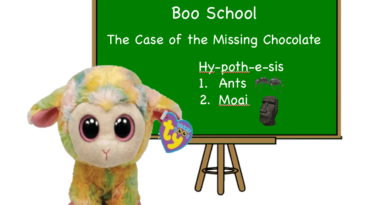 #2 Easter Story – How I Ruined Easter, by Carrots Boo 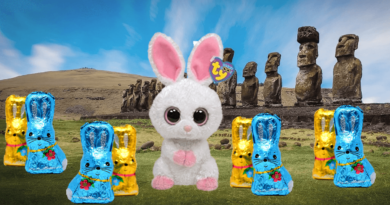