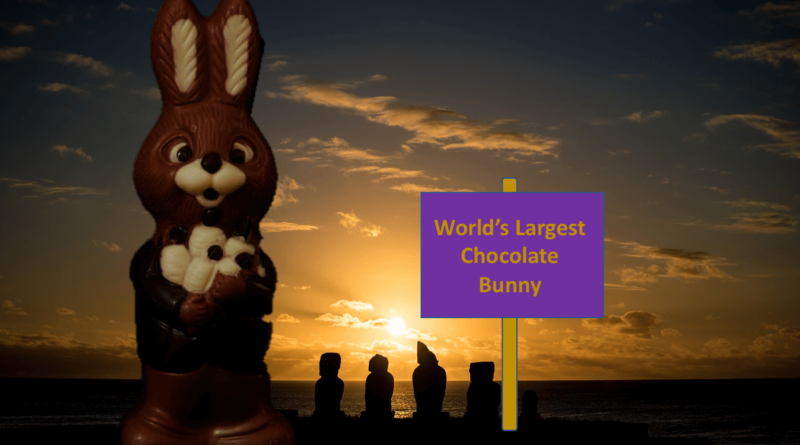 I wasn’t prepared for what was to happen next. What did Zippy know? Would we find the chocolate?

It’s hard for a horse and a rabbit to follow a turtle, by the way. Despite his name, Zippy was… well, turtle-slow.

As we walked toward the edge of the crater, Zippy started talking.

“You’re almost as old as the Moai statues,” said Harriet.

“No. Not that old,” he said. “They were made by great carvers, 1000 years ago. They are great works of art that make our island famous and unique. But they are in danger.”

That’s exactly what Hopson told me. Could he have been right? Could the Moai statues have actually eaten the Easter chocolate?

“The seas which have protected this island for centuries are now rising up. Statues near the shore could be washed away forever. Our heritage is at risk. Imagine Easter Island without the Moai.”

“But Zippy, what does this have to do with the Easter chocolate?”

We moved closer and closer to the crater’s edge. It was still dark so we could barely see – but rising before us were two rabbit ears. As we reached the edge, we could just barely see the whole thing: the tallest, biggest, carved rabbit ever created. It was like 10 Moai statues in height and width – but it wasn’t a head – it was a full rabbit. What was this? Why was it here, in this crater? Who did this?

And then we saw something move. It looked like a shadow at first. What was it? Who was it?

“Carrots, what are you doing here?” a voice came from deep down in the crater.

The shadow hopped toward us. It was Hopson.

“Hopson, what are you doing here? What is this – this giant rabbit?”

“It was going to be a surprise,” Hopson said, “but since you’ve discovered it, I guess I can tell you about it. Behold: the world’s biggest, tallest, most amazing chocolate rabbit.”

“THIS IS MADE OF CHOCOLATE?” I said.

“Yeah – why are you so surprised. You think your mom is the only one who can make amazing sculptures out of chocolate?” he said.

“Wait a second, you used the Easter bunny’s chocolate storage to build this? This one single chocolate bunny? It’s too big for any Easter basket.” At this point, I was fuming mad. My foot was stomping and Harriet told me there was steam coming out of my nose. “Why would you do this? Why would you steal little children’s Easter basket chocolate for this?”

All the pieces of the puzzle were starting to fit together. Hopson’s dad had always been jealous of my mom’s artistic talent. She’d won all the art prizes and was head sculptor among the bunnies. Inspired by the Moai, he decided to sculpt something extraordinary, but he did with with stolen chocolate. Hopson must have placed the stones in the storage, to blame the Moai and throw off the investigation. This was a crime against Easter, no matter how magnificent the big sculpture turned out.

“Me and my dad are going to bring this to the village on Easter – don’t ruin the surprise,” said Hopson.

“What are we supposed to do about Easter chocolate,” I said. “How do we explain this to the children of the world, expecting chocolate eggs and bunnies in their Easter basket?”

I could see this conversation was going nowhere. Hopson and his Dad had never followed the rules and they weren’t about to now. I had to act fast to save Easter.

“Hopson, I’ll never keep your secret.” I said. Then I jumped on Harriet’s back and we raced back to Easter village to let the Easter bunny know we’d found the chocolate. 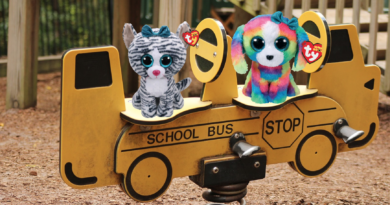 #1 Easter Story – The Case of the Missing Easter Chocolate